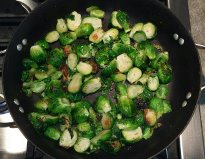 One of my favorite memories as a little girl was sneaking out to my dad’s garden, picking a ripe, sun-warmed tomato, and biting into the juicy red flesh.  Sometimes, I would even sneak out a little salt, tied up in a napkin, to season my tomato with.  Yum – salted tomatoes are still one of my favorite snacks!  My dad had a beautiful garden, chock full of tomatoes, green peppers, radishes, green onions, sometimes corn, and lettuce, just to name a few.  Alas, there was once a tragic accident where my sister accidently rode the mini-bike through my dad’s tomato patch, throwing plants and tomatoes and baskets every which way, but usually, Dad’s garden could have been the portrayal in a gardening magazine.  Weeds were meticulously pulled, the sprinklers were set for twice a day, and the hard work was apparent through the bounty on our dining room table.  My family grew up with vegetables as a major part of each meal.  Dad’s rule was even, “A green veggie at every meal!” and still to this day I enforce this with my family.

My husband, on the opposite side of the spectrum, tells me that he grew up on a diet that mainly consisted of frozen burritos and pre-packaged snacks.  He tells a heartbreaking story of little food in the house, and when there was, it was frozen dinners and convenience food.  Once, his younger brother crumpled on the ground in agony when the frozen lasagna that his sister pulled out of the oven fell to the floor.  My husband upheld this eating style all through his teens and twenties.  When we had finally met in our early thirties, his bachelor cuisine had blossomed into (a) beer, (b) bar food, and (c) beer.  The closest thing to a vegetable my husband would eat was a French fry.  I had a lot of work to do.

Trying to blend our two eating styles proved to be extremely difficult.  Without even tasting it first, my husband would douse everything in Frank’s Red Hot sauce, salt, and pepper.  At first, I was offended.  I always thought of myself as a decent cook, and I mean, who puts hot sauce on freaking Eggplant Parmesan?!  I made the occasional snide comment, and whether it was my hurt feelings or his changes in taste, he became pretty receptive to new veggie experiences over the years.  Every now and then, however…..

I will never forget the first time I made my husband Brussels sprouts.  I actually liked Brussels sprouts as a kid; I used to pretend that I was a giant and they were teeny, tiny baby cabbages.  The only way I had ever had them prepared, however, was boiled.  Over the years my tastes have changed; if the vegetable is grown to be green, then it is meant to be eaten green.  There is nothing that I despise more than overcooked, soggy brown broccoli, green beans, or spinach.  Bleh.  Broccoli is meant to be steamed slightly, while still maintaining the crunch and beautiful Kelly green color.  Green beans?  Sautéed, preserving the crunch and color.  Spinach baked into a lasagna or added to a spaghetti sauce is acceptable in my eyes, but the best way to enjoy is raw, crunchy and green.  So, the only fitting way to cook Brussels sprouts was steamed.  Or so I thought…

It was a weekday night.  After the family sat down at the dinner table, I served our meal.  What accompanied the Brussels sprouts is irrelevant.  My husband’s facial expression and reaction is what sticks out clearly in my mind.  Usually, when attempting a new dish, my husband will take a small bite, hesitate, and then while nodding his head up and down in acknowledgement, he will say, “Hmmm”.  It is a ritual that I have come to know and love.  Only, after that first bite of steamed Brussels sprouts, I didn’t get a nod.  I didn’t get a, “hmmm”.  He gagged.  Seriously, this grown man gagged.  I could tell he was trying; he even took another small bite of a Brussels sprouts.  He gagged again and put down his fork.

A cave?  What in the hell does a cave taste like?!  My husband went on to explain in great detail, how the sprouts were damp and musty and cavey-tasting.  I still, to this day, do not get it, but I had a new mission: to find a way to cook Brussels sprouts so my husband wouldn’t think they tasted like a cave.

I tried halving them and sautéing them with chopped bacon in bacon grease.  They were good, but honestly, what in the hell is the point of eating a vegetable if it is covered in fat and grease?  I thought back to a life-changing lesson that my dad had taught me:  essential spices for every kitchen are garlic salt, salt, pepper, and paprika.   I omitted the bacon, still used a little bacon grease and a sprinkling of garlic salt.  Better, but still loaded with fat and extra calories…..

My final Brussels Sprouts that Don’t Taste Like a Cave recipe happened on accident.  I was running around, trying to throw together dinner (see Cooking with Kids – Banana Bread), while assisting Jameson with homework, signing permission slips for Alaina, kissing my husband hello from work, taking his lunch satchel and throwing the dishes in the dishwasher, making lunches for the next day, AND tripping over Kenzie pulling pots and pans out of my cupboards to play with.  I put about a tablespoon of olive oil in a skillet, and threw in a pound of halved (quartered if they were large) Brussels sprouts, and sprinkled them with a generous helping of garlic salt.  I turned the heat on medium, and then…… I forgot about them!!!  WTF, I know.  How could I?  It wasn’t like anything else was going on…

When the “shit, shit, shit, I’m burning dinner” realization sank in, I had severely darkened the sprouts at the bottom of the skillet.  I flipped them over with a spatula and snagged one to determine whether I would be resorting back to the tried and true frozen veggie.  I popped the Brussels sprout in my mouth, cussing slightly at burning my tongue, but…. It was delicious!!  The crispy brown edge of the Brussel Sprout made the garlicy, salty flavor stand out. I flipped the sprouts over in the pan, gave them another sprinkling of garlic salt, and let them babies burn a little bit longer!!

My husband adored my faux pas.  My son asked for seconds.  And then thirds.  My children fought over who got the last Brussels sprouts.  Seriously?!  My kids fighting over vegetables?!  I could only be so lucky!!  Brussels sprouts flew from the bottom of the charts, right up to number one and became the “most requested” green veggie.   I had to start doubling my recipe.

So here it is, the Brussels Sprouts That Don’t Taste Like a Cave recipe.  Enjoy!!

1 tablespoon of garlic salt (more or less to taste)